The week was not easy, let's just say ... the EMMA competition was scheduled for Saturday - we decided with Roma (Dziro) to blow together in his brother's car (Nissan Skyline), because little time, everything on the last day / week as usual - every day after work immediately to the garage and there until two in the morning ... in general, a rather tiring week turned out :)
As subics there were two eights sundown audio, in general, on the night from Friday to Saturday at By the fourth o'clock in the morning the sabiki wedged in during the last control measurement ... pzdts, as they say ... the whole week for a smark: (
well, okay, but the cut was removed excellent for two 8 inch dyns - 143 + dB (actually it could have been 145 - just the sabs did not make it
In the photo there is a parsing of one of the dinos, everything is there and so you can see: 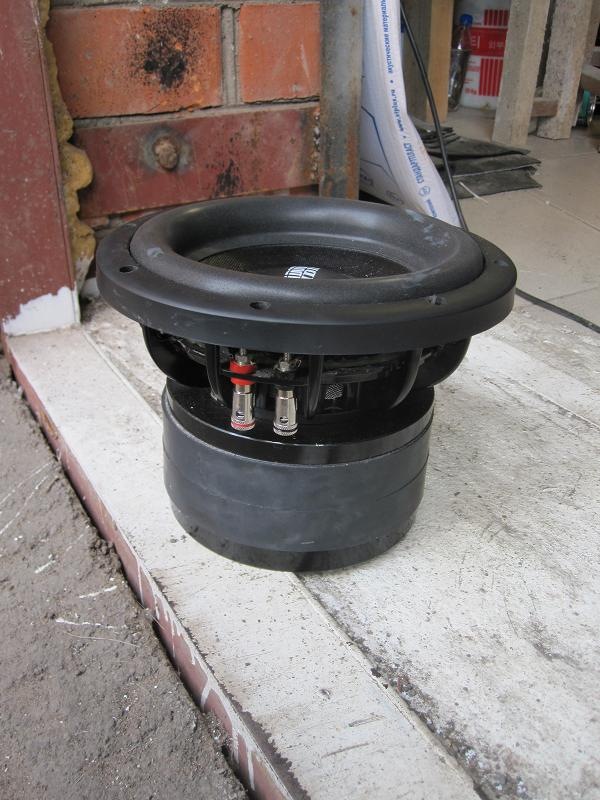 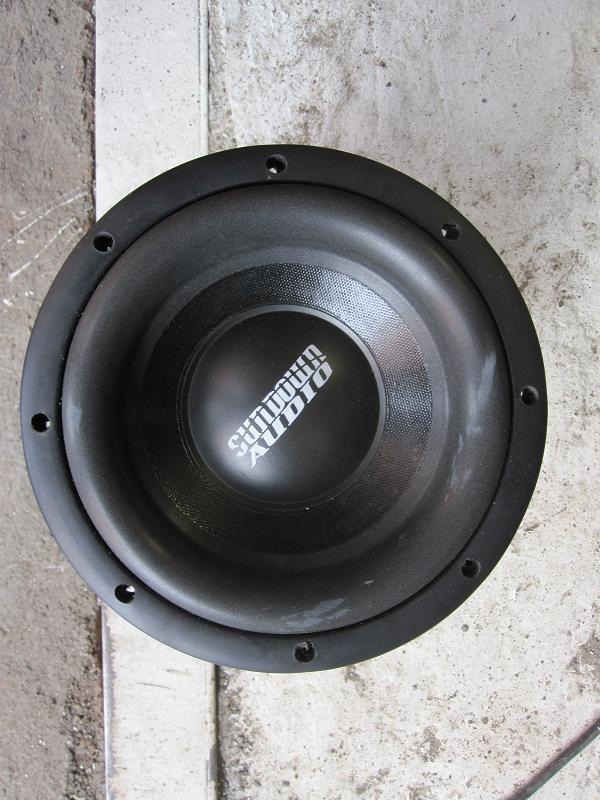 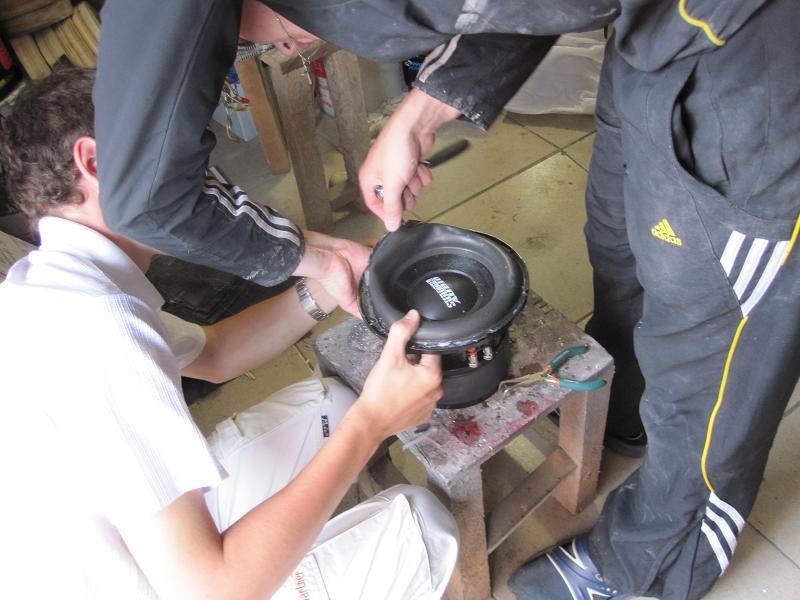 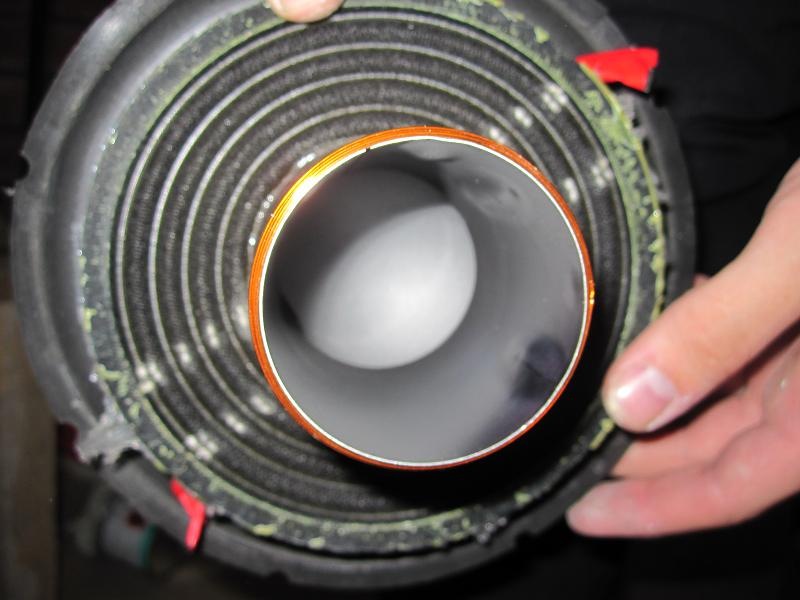 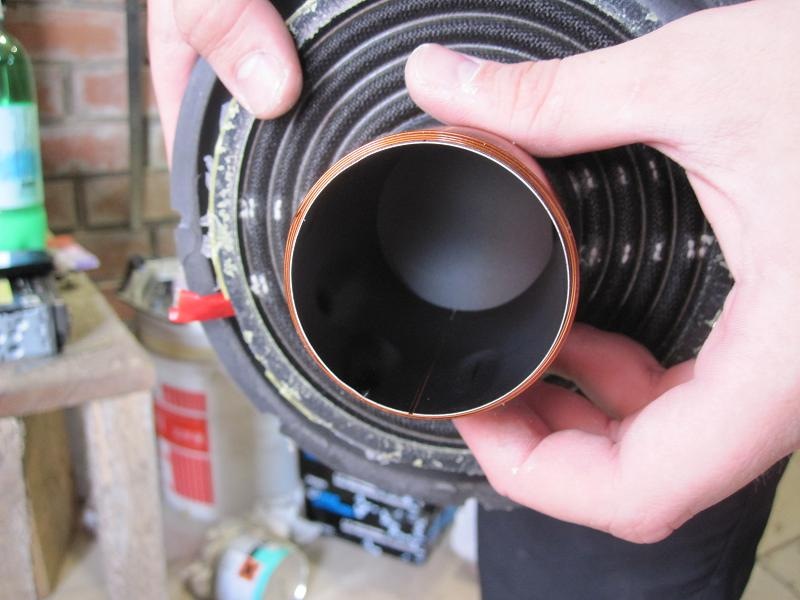 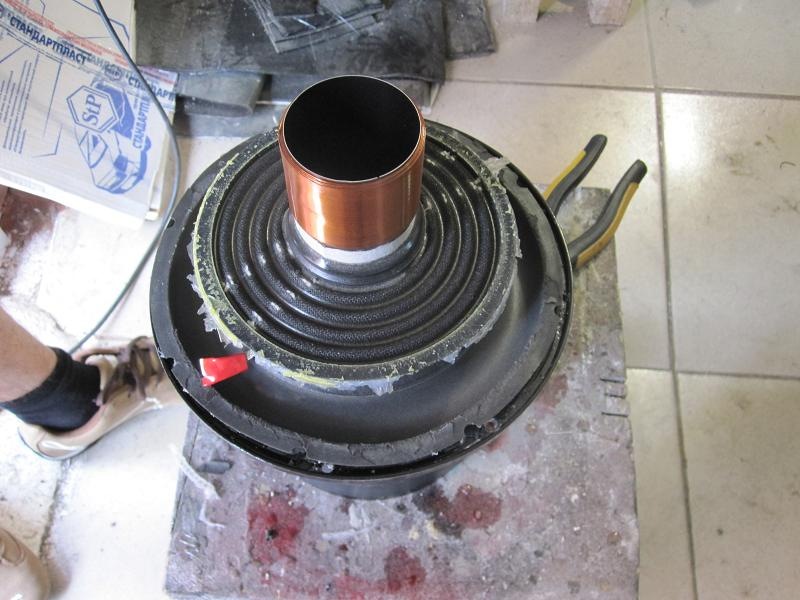 In general, I came home at about 5 in the morning, fell asleep and in the afternoon came to take a look at the competition ... nothing really surprised, there were very few new cars, in general there were very few cars, in general there were chotakatak: (
now to the pradik: I did quite a lot during this time:
made rings for subwoofers (fastened together, mortise nuts in the same place) In general, then I decided to take a picture of this business so that everyone would understand that not everything is as simple and fast as it seems :) to make a ring for a sub you need:
- cut out one inner ring, the second outer ring
- first, glue them together with PVA (for wood), pull them together with clamps, while the din should be installed, so as not to fly later
- then drill holes for screws in the rings and tighten them tightly together with screws.
- then again, with the din installed, drill holes for M6 mortise nuts (8pcs)
- well, now all that remains is to cut in the "mortise nuts" and screw off the rings ... in general, not as fast as it might seem at first glance :) 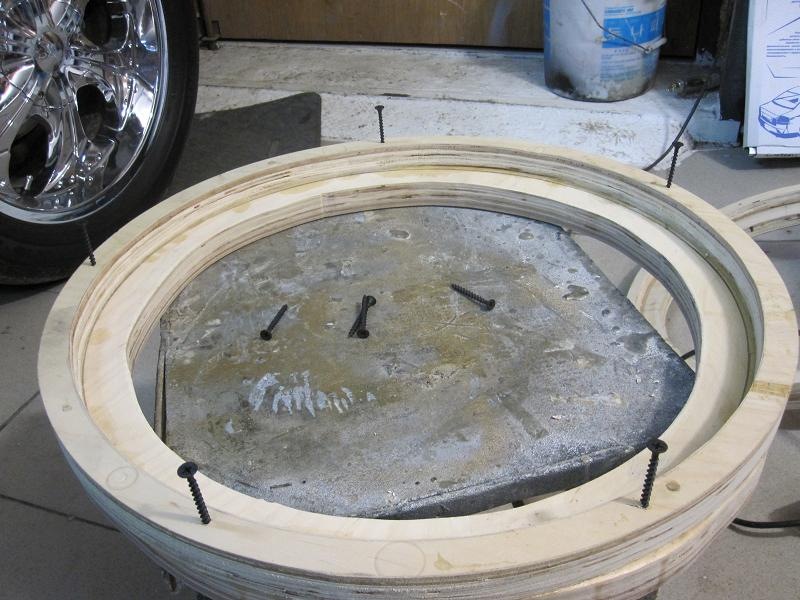 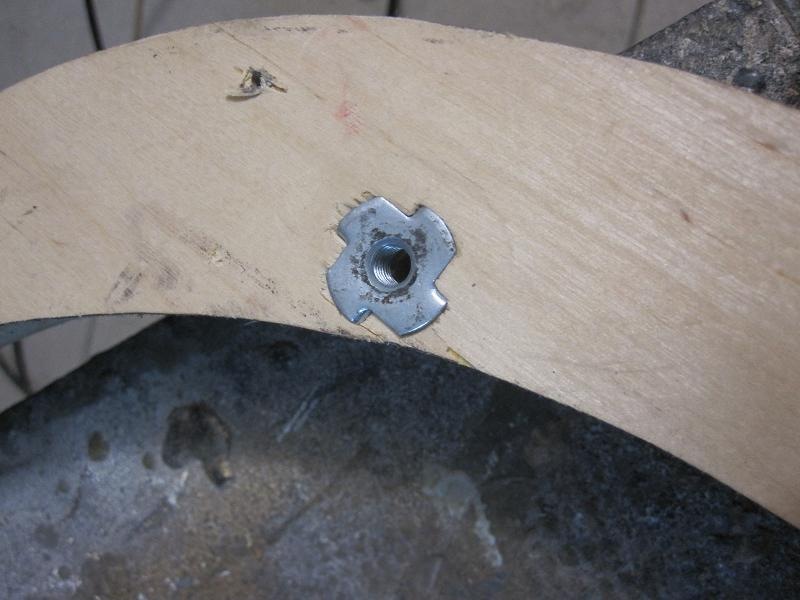 Then he took up the back door - the base was already ready, cut out all the rings (2 for the horn + 4 for the widths) and now the most difficult thing was to put them on the surface evenly and equally :))) 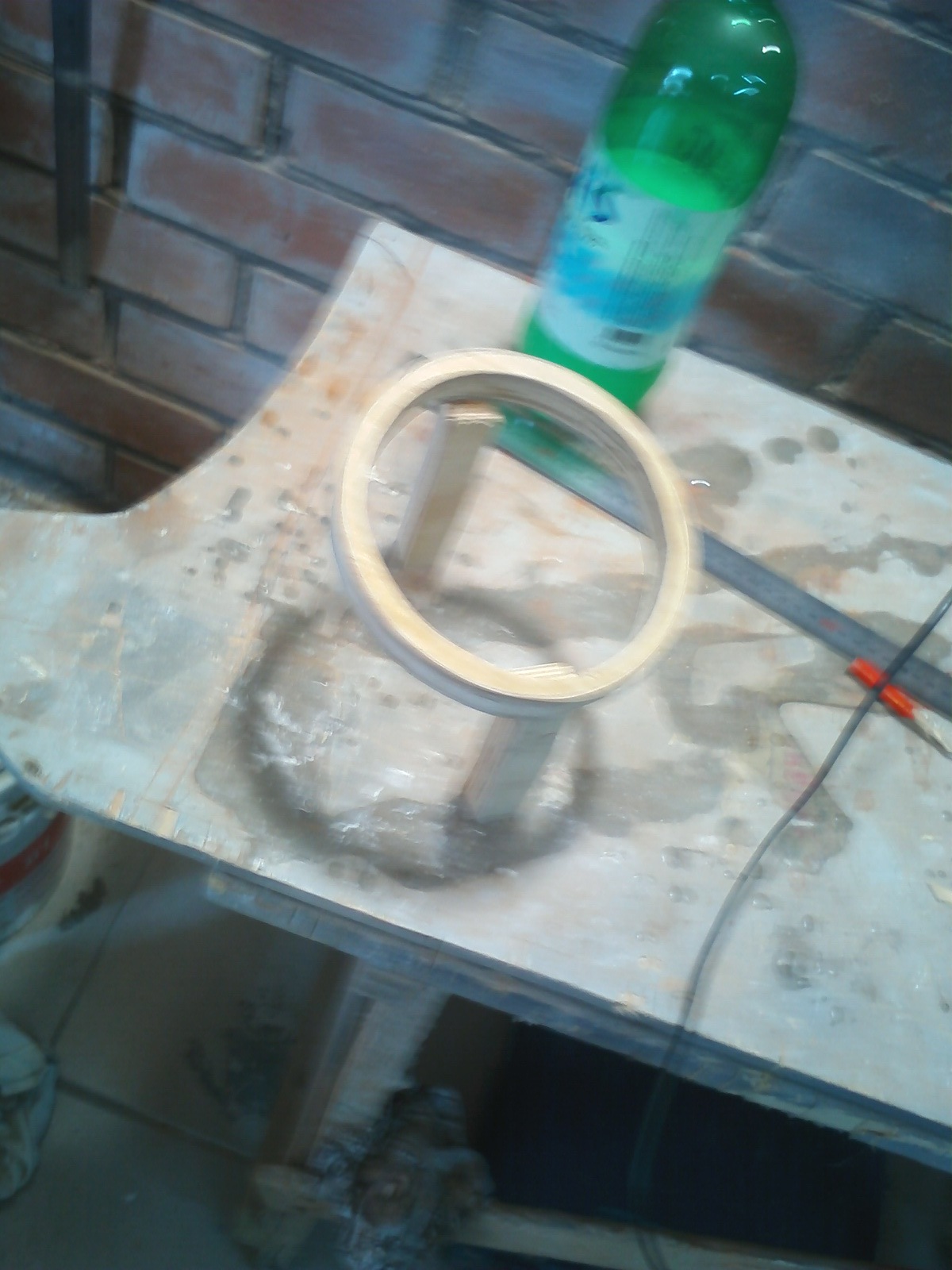 Here is an example of how NOT to expose speakers :))) 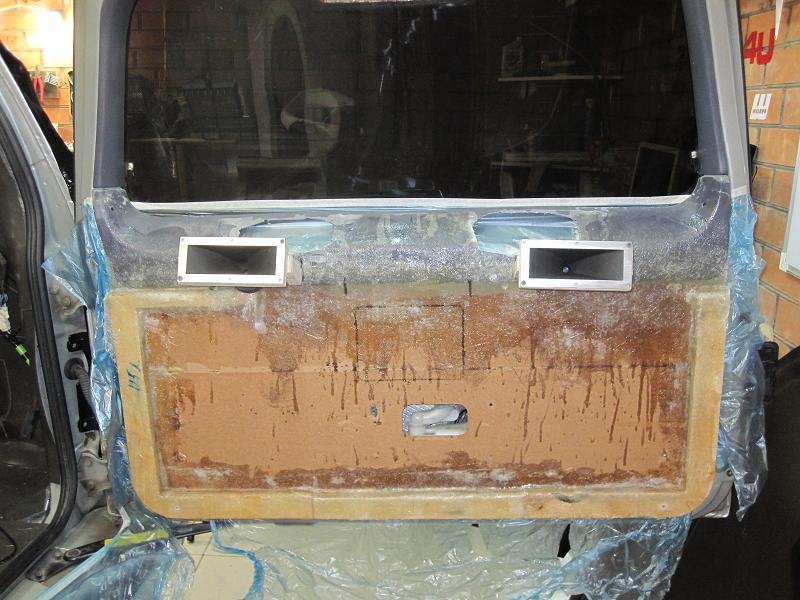 After I set everything up normally, I tightened everything with Lycra: 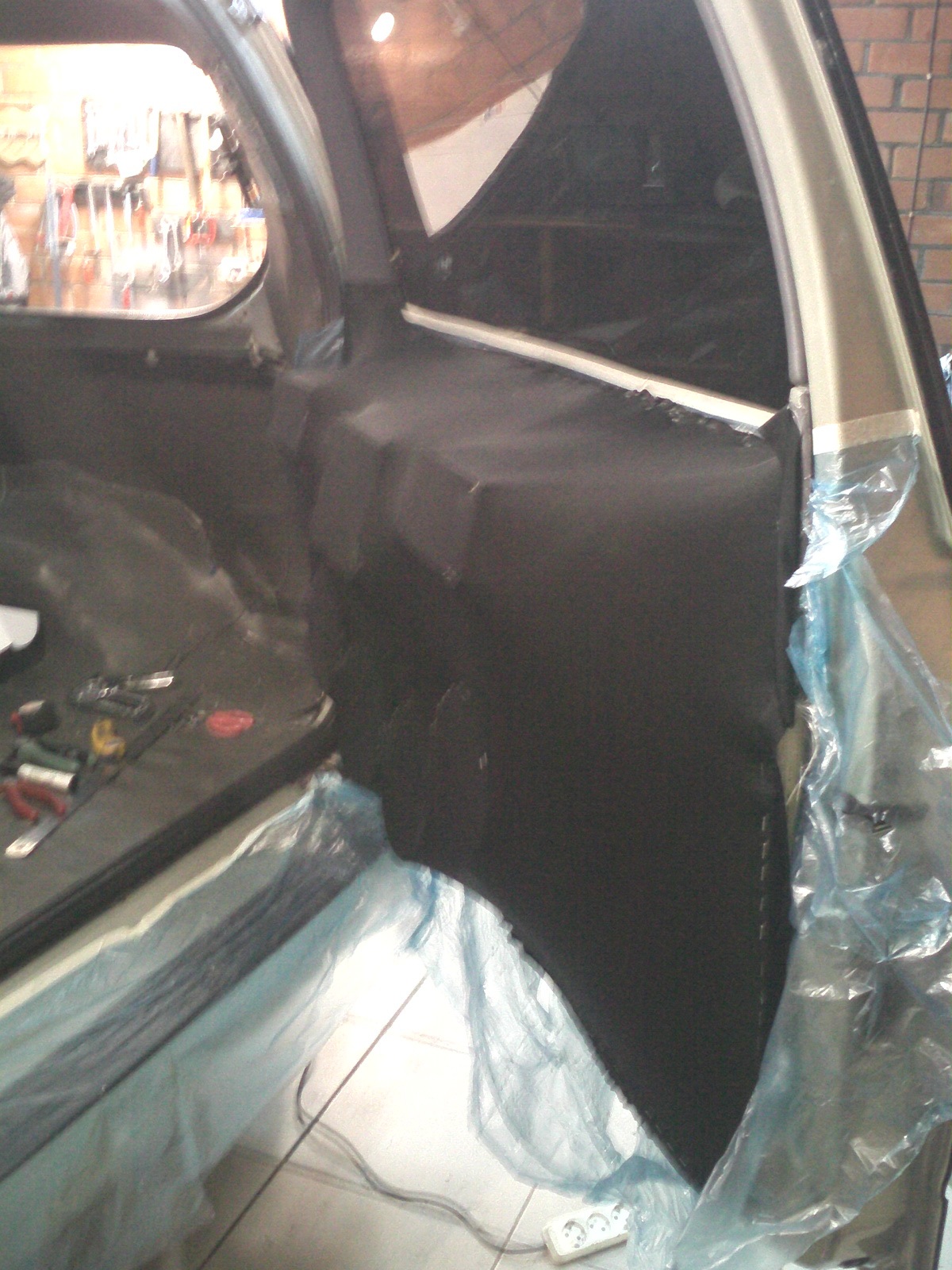 Then we saturate everything with resin + glass mat ... 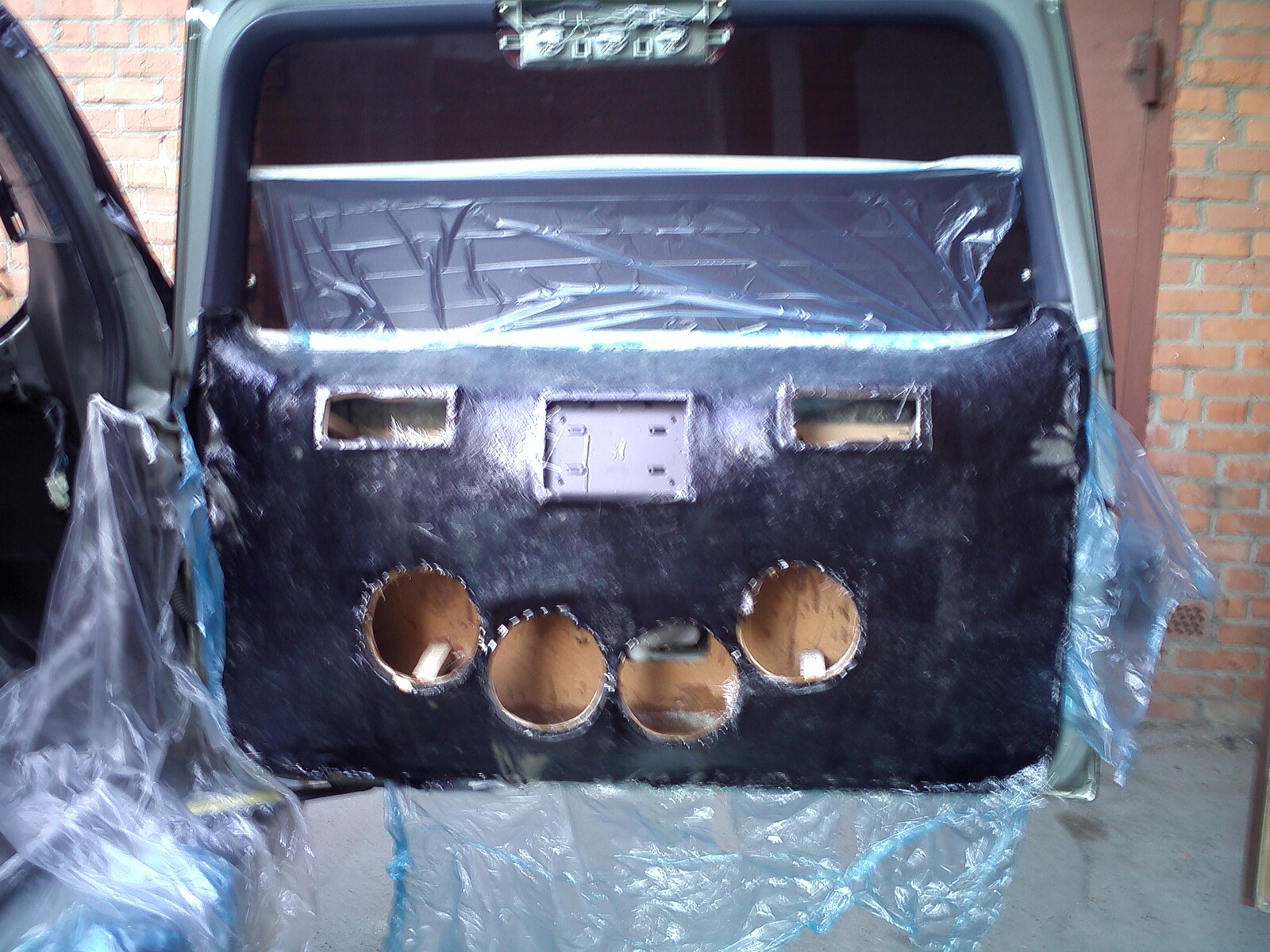 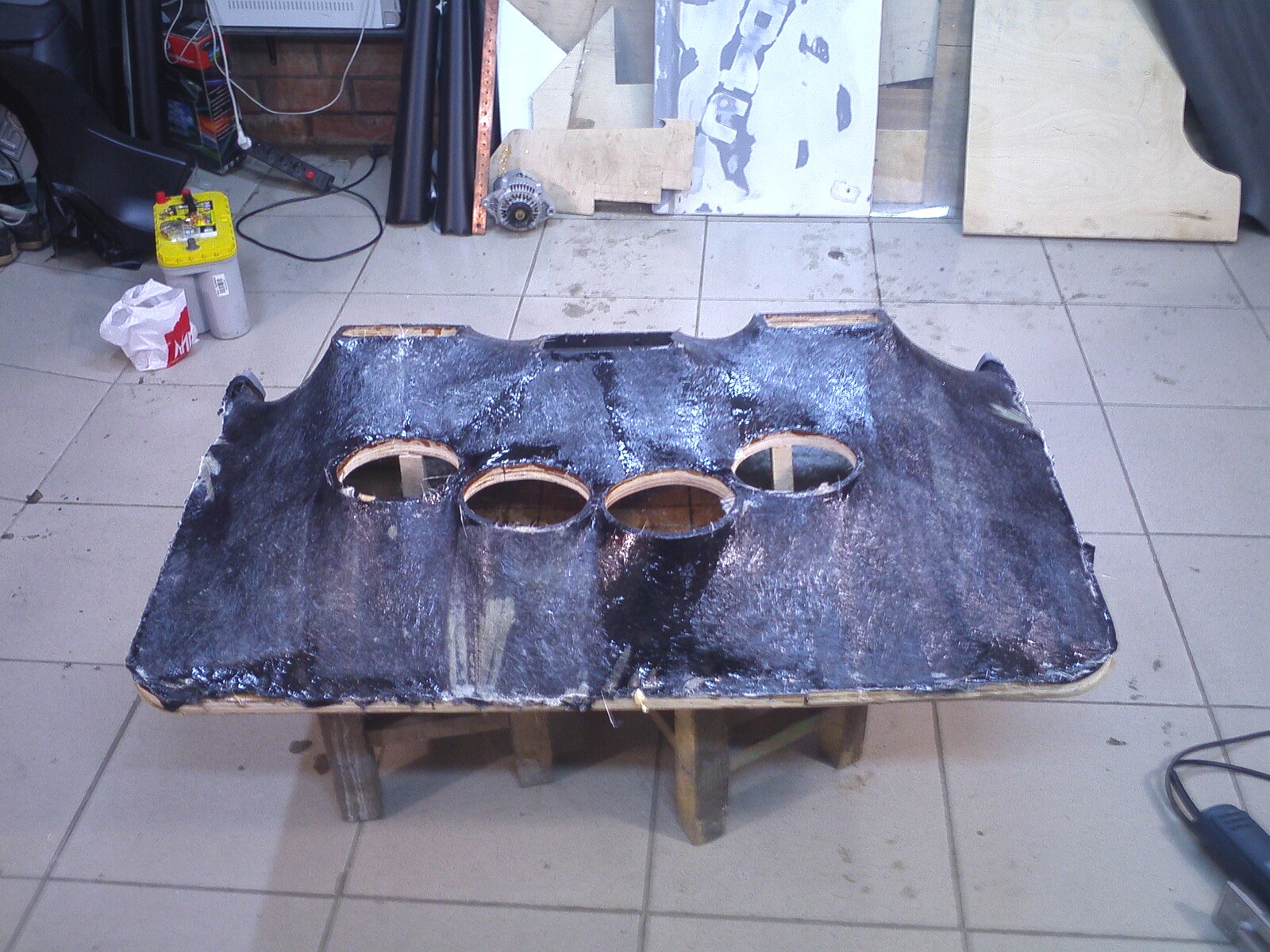 It turned out not quite the way I wanted ... in general, the impregnation of lycra did not give anything, it is VERY thin ... the imposition of the 1st layer of glass mat also did nothing :( In short, in the end, I had to put 3 or 4 layers of glass mat to have sufficient rigidity ... And therefore, ahem ... " the evenness of the "surface HIGHLY suffered, that is, it will have to be displayed a lot and dreary ... Now, of course, I realized that it was necessary to use the glass cloth ... but ... experience is the son of difficult mistakes or something like that :) I have
already brought out quite a normal surface: 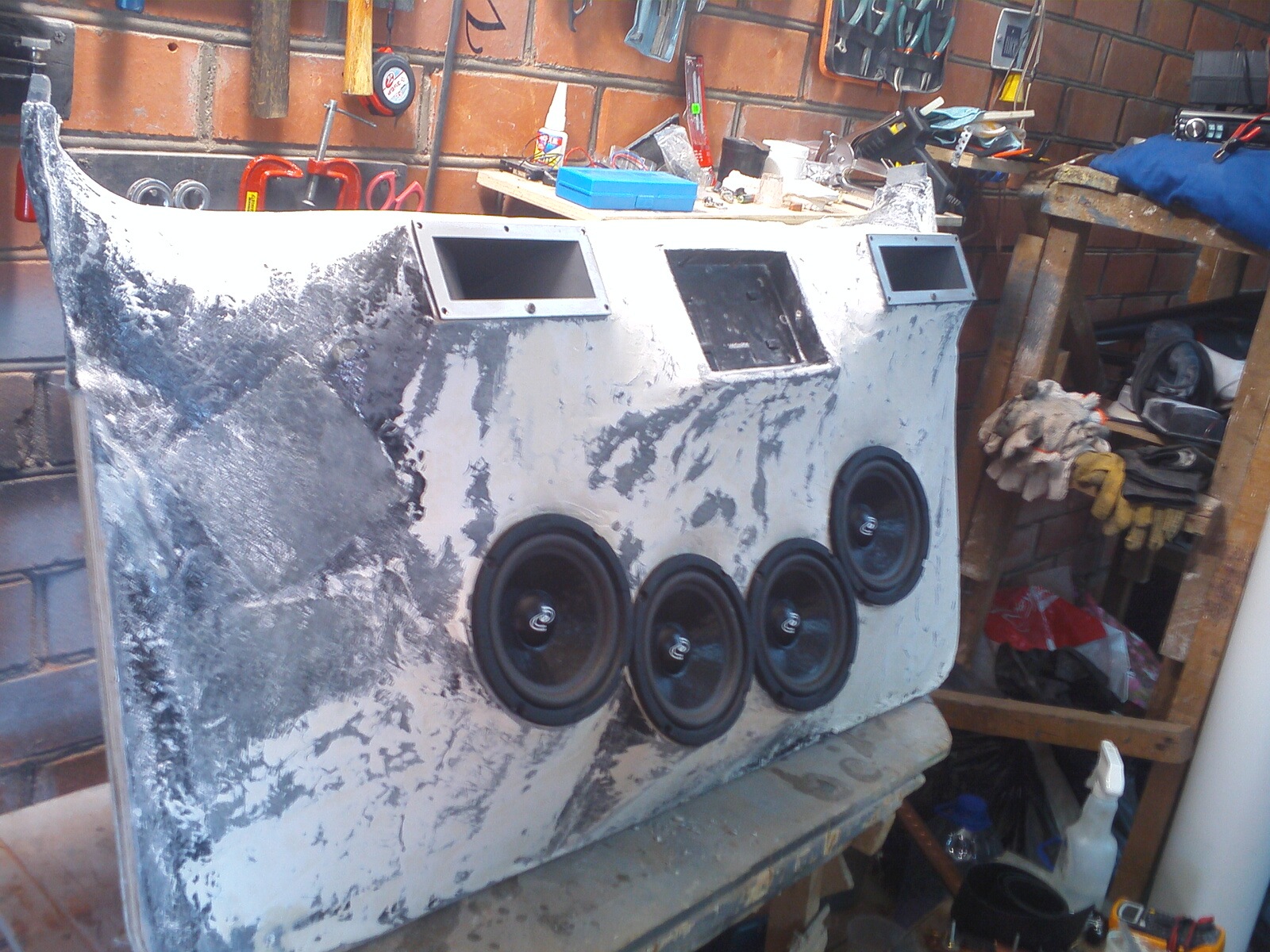